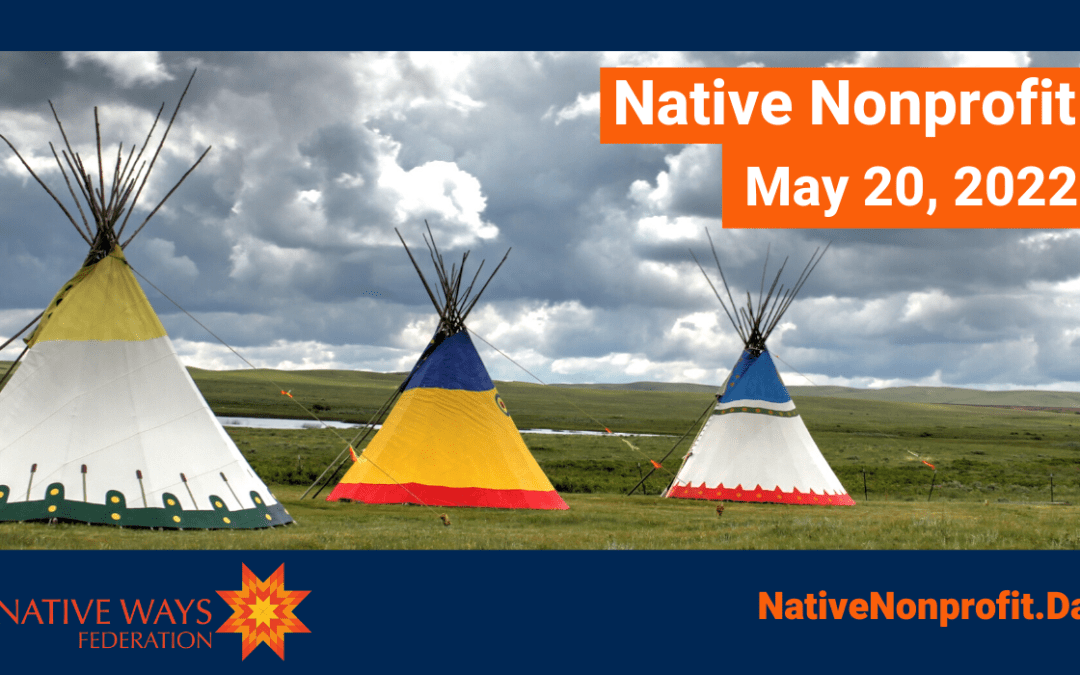 Native-led nonprofits are systemically underfunded. According to the Investing in Native Communities project, large foundations have allocated less than half a percent of their total annual grantmaking to Native communities since 2006. The percentage allocated to Native-led and Native-serving organizations is likely much lower. NWF is working to change this through Native Nonprofit Day and education and advocacy initiatives.

“Native-led organizations have the solutions to the issues our communities are facing. We know our strengths and are best positioned to help our people. Despite this, our organizations face systemic funding inequities, making it harder to implement Native-led solutions. This needs to change,” said NWF Executive Director Carly Bad Heart Bull, JD (Flandreau Santee). “The Native Nonprofit Day campaign is an opportunity to celebrate the work being done by Native-led nonprofits while also supplementing our organizations’ ongoing fundraising efforts.”

The Native Nonprofit Day giving campaign will begin May 1 and culminate on May 20. Be sure to follow our organization on Facebook, Twitter, and Instagram for updates. Native-led organizations that wish to participate can sign up here to receive campaign materials. Visit NativeNonprofit.Day to learn more!

NWF would like to thank our donors for making this groundbreaking Native-led advocacy campaign possible. We would also like to thank Google for collaborating with us on Native Nonprofit Day and for donating our NativeNonprofit.Day domain. Finally, we are grateful to our founding members for uplifting giving in Indian Country.  DOWNLOAD THE FULL PRESS RELEASE HERE.